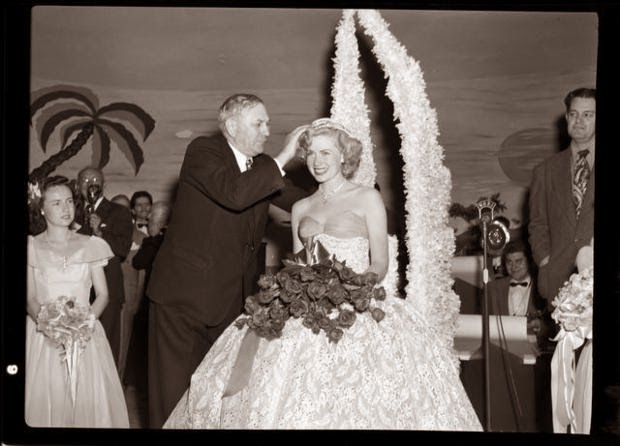 Gov. Gregg Cherry crowns Wilmington's first Azalea Queen, Jacqueline White, a Hollywood starlet brought in for the festival. Her court consisted of six local beauties. Key in establishing the festival was Dr. W. Houston Moore, who was also a principal figure in the development of Greenfield Lake and park in Wilmington. The photo was taken by Hugh Morton and is part of the North Carolina Collect, University of North Carolina at Chapel Hill. To read the article published in the News and Observier, see
http://www.newsobserver.com/2014/04/10/3773025/first-azalea-festival-66-years.html