Legal steps will be taken by the county welfare officer today to force the parents of Dolly Owenby, aged 16, of Azalea, who is believed to be suffering from fatal burns, to send their daughter to a hospital for medical treatment. According to information gathered by the welfare officer, the girl was burned about a week ago and for several days the parents kept the accident a secret. Later it was learned in the neighborhood, and the residents of the community attempted without avail to persuade the parents to send the girl to the hospital.

It was reported the parents said they did not think it was necessary, that the only thing they had to do was pray. The matter was reported to the county commissioners yesterday, and the welfare officer was placed on the case. Officials of the lumber plant at Azalea notified the commissioners.

The girl is subject to attacks which render her unconscious, it is said, and about a week ago some time during the night was seized with this malady and fell in the fire. Amos Owenby, father of the girl, is quoted as saying that the girl may have lain in the fire for a half hour. It was reported that the girl’s feet and legs were burned when the attack occurred, and that when she regained consciousness she screamed for help.

From the front page of the Asheville Citizen, December 1, 1922

Posted by Joan Gosper at 7:55 AM No comments:

Memorial services for departed members of the Elks lodge will be held by Asheville lodge No. 1401, Benevolent and Protective Order of Elks, at the Majestic theatre, Sunday afternoon at 3:30 o’clock. The public is cordially invited to attend the memorial services at the Majestic, and all members are requested to meet at the Elk’s home, 232 Haywood street, at 2 o’clock.

C.L. Abernathy of New Bern is a member of the order and a high official. He is a prominent attorney of eastern North Carolina and has been in public life for a number of years. He will deliver the principal address.

Posted by Joan Gosper at 4:58 AM No comments:

Posted by Joan Gosper at 4:41 AM No comments:

Alleging that his wife was not of good character, R.I. Smathers brought suit for divorce against his wife, Margaret Glenn Smathers, in the superior court Wednesday, and also to gain the custody of his two children. The complaint stated that the children, Jasper, 11, and Edward, 7, are now pupils atg Sylva Institute, and the wife deserted the plaintiff last May.

Posted by Joan Gosper at 4:37 AM No comments:

Sid Joyce, Buncombe county jailor, returned to Asheville yesterday from Raleigh, where he took Air Turner to serve a term of 12 months in the state prison. The Turner woman was convicted at the last term of court of the charge of larceny and sentence was past by Judge Walter E. Brock.

Posted by Joan Gosper at 4:35 AM No comments:

In order to better protect the pupils at six public schools, Chief A.L. Duckett of the fire department yesterday submitted report of his recent inspections of the school buildings, together with recommendation to the board of city commissioners at their session yesterday. In submitting the report, Mr. Duckett urged that the recommendations be carried out as soon as possible.

Following is the report:

“I especially call attention to the auditorium of this building. It accommodates about 500 people and they are using loose chairs for seating. The only means of exit is by two inside stairways or cut through class rooms to fire escapes on either side of the building. It is my opinion that is a fire drill should be called while the children are assembled in this auditorium that there would be much confusion in getting them out, as they naturally would turn the chairs over and be confused as to whether they should leave by the stairways or find their way through the class rooms to the fire escapes.”

Montford school—Have stairway from first floor to basement closed. Have brick wall built between boilers and coal bin. Have opening in brick wall next to stairway closed, and have fire door installed in same wall. Have ceiling lathed with metal laths and plastered. Have basement cleaned up, remove old lumber, rubbish, etc.

“I consider this basement the worst from a fire standpoint of any school building in the city.”

Murray school—Have stairway closed form first floor to basement. Have fire door installed on opening between boiler room and coal bin. Have banisters and steps on south side of building repaired. Have steps repaired at fire escape on north side of building. “I am informed by the principal that these steps have been broken for several months and it is impossible for the children to enter or leave the building through this door and should be attended to at once.

West Asheville—Have two gongs installed, one in each of the two new rooms on the basement floor. Have lock repaired on fire exit on the east of the building. This door cannot be used in case of an emergency.

Hill street—Have new rope or cable put on the fire door in the furnace room leading to coal bin. Hagve the two fire doors at each end of the boiler room made self-closing or automatically closing.

Ashland avenue school—Have fire wall built between boiler room and coal bin with fire door in the opening to main building. Have janitor’s room made more safe if he is to continue to use it. Have new gong installed on second floor and a larger one placed on first floor and transfer the one now on first floor to kindergarten room.

Posted by Joan Gosper at 4:34 AM No comments: 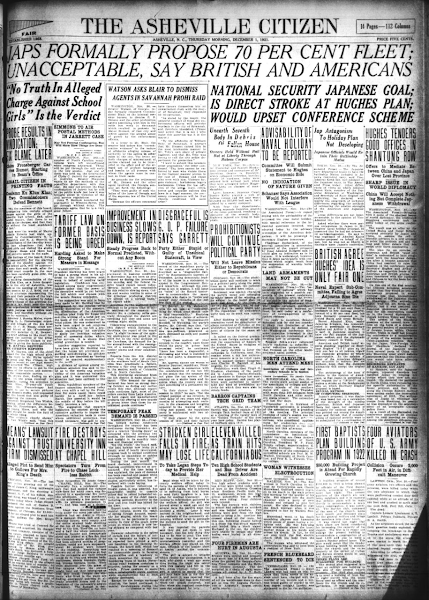 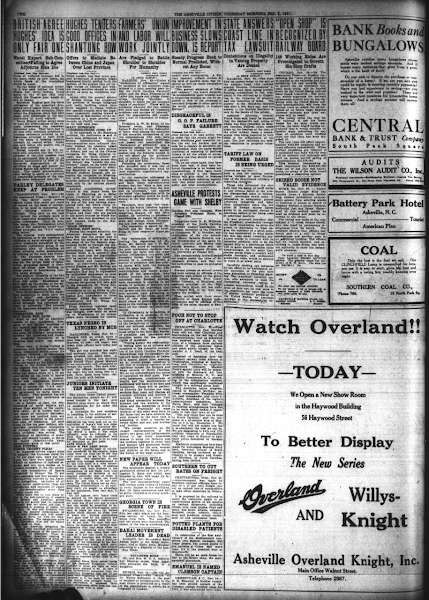 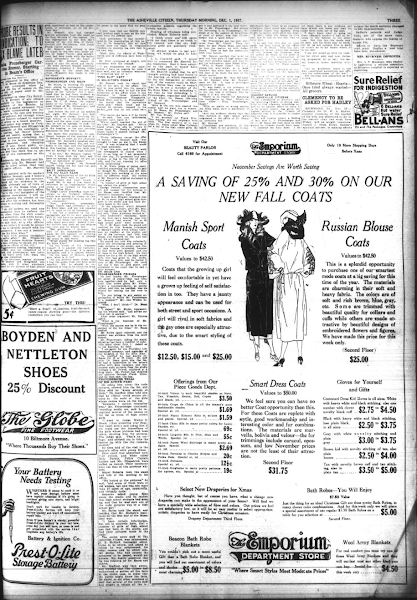 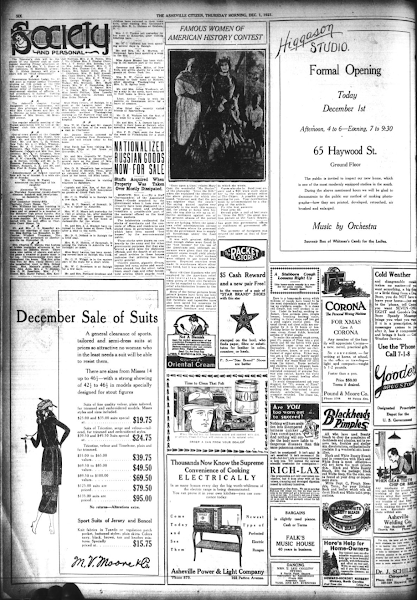 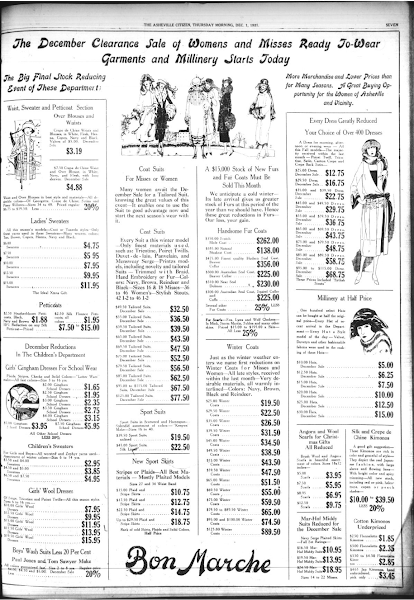 Posted by Joan Gosper at 4:00 AM No comments: