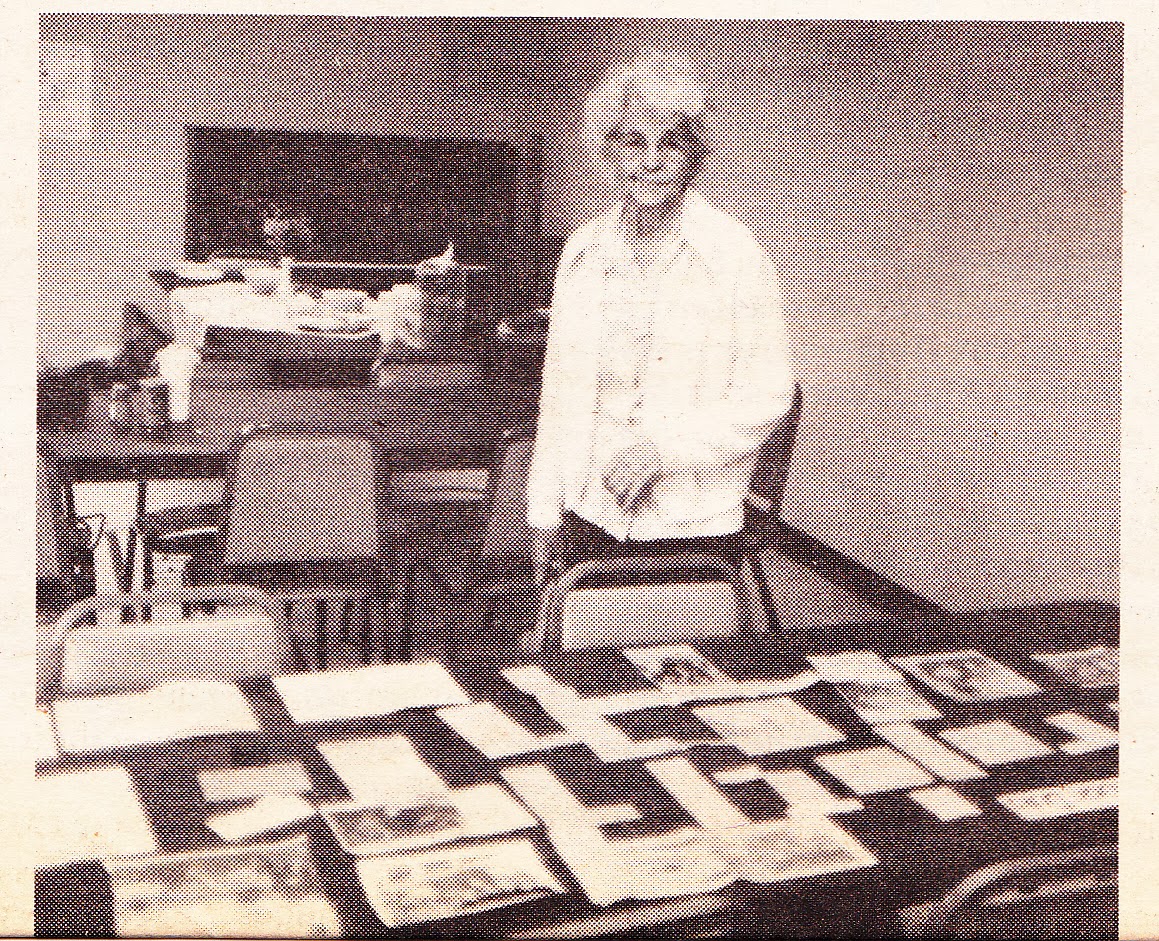 WILMA McNABB, above, recalls days of Extension Clubs back to 1916.

As published in the January-March, 1984, issue of Tar Heel Homemaker

Cherokee homemaker Mrs. Wilma McNabb, 87, has lived most of her life in the area of her present home in the Bellview section of Murphy. She recalls going to club meetings with her sister, Lennie Hatchett Brackett, who was the county agent for two years, 1916-1918. Back then, she says, they traveled by horse and buggy.

Visiting with members of Martins Creek EHA in Cherokee County, Mrs. McNabb shared experiences dating back to 1915 and remembers the first county fair there in 1917.

Mrs. McNabb became a skilled weaver on the loom and last fall was featured on “Folkways” television show.

In the above picture, she looks over a display of newspaper clippings collected by Evelyn Lee, another longtime EH member, and depicting years of history of the Martins Creek EHA.