A demonstration of the Fordson Tractor is being given by the Rhodes Auto Company out on the Barker place, where one of the powerful little machines is putting a big field in apple pie order in the fastest time ever made in Henderson County. R.K. Stepp, who is a pretty good authority on farm work, says that he has never seen a better job of plowing, and it is done at the rate of from eight to ten acres a day the whole outfit being handled by one man, who had less than half a day’s experience in handling the tractor before starting in on this field. A big double-disc harrow is also used, and after both machines have been put over the ground, it looks like somebody’s pet garden. Parties interested in seeing the demonstration are invited to get in touch with Mr. F.S. Wetmur.

(The advertisement below was not in the French Broad Hustler, but I wanted to include an image of a Fordson Tractor. This image is from the Library of Congress.) 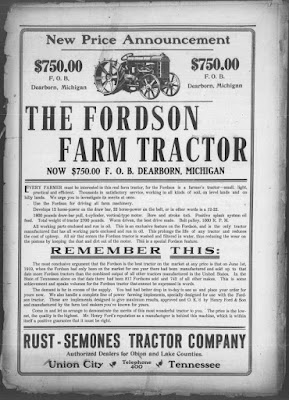 The Overland market has waked up all of a sudden since F.S. Wetmur returned from Florida several days ago and got in touch with affairs again. The Rhodes Auto Company, of which he is manager, has sold three Overland “Nineties” in the last few days, the purchasers being E.A. Wohlford, E.R. Pinckney and A.L. Burley. From present prospects the company is going to have more difficulty in getting enough new cars than in finding purchasers for them, the “Ninety” model being especially popular.

(The image below is an advertisement from the Ladies Home Journal is for a 1918 Overland Ninety manufactured by Willys in Toledo, Ohio.) 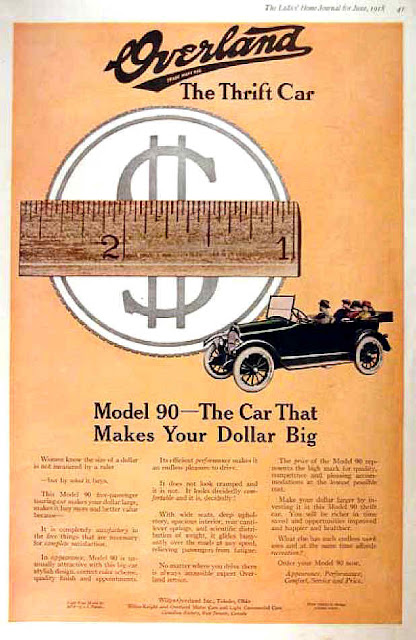